Alzheimer’s: An Unlikely Gift for a Family 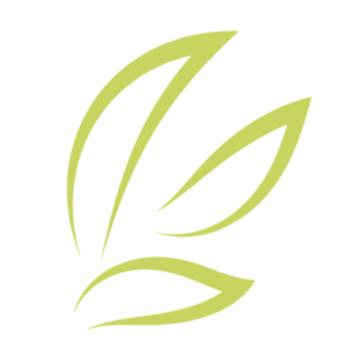 This is a daughter’s firsthand account of her family’s experience with Alzheimer’s and what Mother’s Day means to her.

It was July 15, 2008. The doctor had just completed an evaluation of my mother. We were facing her at her desk, my sister to my right and my mother to my left when my Mom’s physician stated that she believed this was the first stage of Alzheimer’s disease.

Out of the corner of my eye, I was looking at my mother with disbelief. She sat tall and stoic and yet it was unbearable to see the fear hiding in her eyes with her straining to hold back water from going over her lids. I saw sadness and denial, yet she had the courage to ask, “Are you sure? Is there anything I can do? I am just going to have to face this.”

I felt like we were just handed a death sentence without a date. We were losing my mother. She was going to lose her memory of us. It was unbearable. My body felt like a balloon filling up with heavy waters and I wanted to put my arms around her but knew it would be too much. She might break, or maybe my fear was that I might.

My father had just passed away in 2007 of Lewy Body Dementia and we were shocked to see my mother begin to unravel. They had been married 59 years. She stopped reading her books. She became obsessed with her pocketbook. For the first time in her life, she was making mistakes in her checkbook. She was driving fine, shopping, remembering her PIN at the ATM, cooking, making coffee, cleaning her house, socializing down the Cape at the summer trailer park – all the day-to-day things, but she was panicking over keys, the pocketbook, and she began to accuse us of moving things. She was having outbursts of anger and blame. We could not distinguish the difference between the disease, side effects of medication, and my mother’s grief. We felt powerless.

For two years our family, including our cousins, took shifts to stay with her during the evenings or overnight. My mother would not leave her house for assisted living but as the disease progressed we were able to get her to a local senior community under the guise that she needed short-term rehabilitation. But the community was too big and it was too late.

We were told that my mother would need to move into a smaller facility. I had heard good things about the Compass Memory Support Neighborhood at Standish Village in Lower Mills from my local Elder Services. The Compass director paid my mother a visit and within a month an apartment opened up. After we moved my mother into her new apartment we were hovering. The staff told us they could handle her and it was now our time just to be daughters.

My mother was adjusting quickly – the social butterfly that she is, she was named “The Mayor” in the Compass Neighborhood. Then the honeymoon wore off. My mother was getting angry to the point of making it unsafe. She was transferred for a geriatric psychological evaluation at Quincy Medical Center. We were horrified and felt like we were all failing my mother, that it was too late for my mother to go anywhere. The Compass director assured us that this was not uncommon and that my mother’s medications needed to be evaluated.

Then the miracle happened. My mother’s “chemicals” were balanced and a new mother emerged – a mother we had been longing for our entire lives.

My mother has always been social, witty, a dancer and harmonizer. She loved to laugh and cry at a funny joke. She loved being out talking to neighbors. She loved a nice glass of wine or a nice cold beer. She was a person her friends would love to sit and visit on her porch or on the deck of her summer trailer.

But growing up she was not affectionate with us and we longed for her approval, acceptance, and affection. As daughters we didn’t know her love on an emotional or physical level. We realized we didn’t receive a death sentence that day in the doctor’s office. We discovered that Alzheimer’s gave us a gift – the gift of Mom who had been buried under walls of self protection, masking the anxiety and depression that she was suffering from and we didn’t know.

Once her chemicals were balanced we were greeted with hugs, kisses, and her “boom booms” of dance moves or a song. I never thought I was capable of sitting and holding the warmth of my mother’s hands or to just have her hold me to the point of tears. I never knew her body warmth was so full of love and comfort. She held my hand in the middle of an activity and she said, “I can feel that – that is perfect love.” I said, “I can feel it too Mom.”

Living with my mother’s Alzheimer’s has been a gift of healing love. We longed to walk into our home growing up, hoping she would be happy to see us. We now walk into the Compass Memory Support Neighborhood and her eyes light up and she says, “These are my daughters everyone.” She stands up on her walker and wraps her arms around us and doesn’t let go.  Everything we craved as kids is being poured into us now. We are in our fifties and sixties now and it’s not too late. We are drinking up every drop of love she has and pouring it back.

Alzheimer’s is not death sentence; the sentence has changed to “I know my mother loves me.” Because of Alzheimer’s and places like the Compass Memory Support Neighborhood at Standish Village, we now have new memories of my mother. We have snapshots of her eyes lighting up when she sees us and the overwhelming sense of a mother’s love.

Mother’s Day means more now than it did growing up with my mother. She doesn’t want gifts from us. We finally know she just wants us.