A Diagnosis of Alzheimer’s Leads to Special Legal, Financial Issues 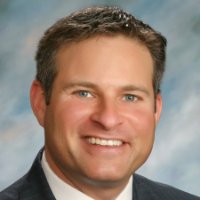 Todd C. Ratner is an estate-planning, business, and real-estate attorney with the law firm Bacon Wilson, P.C. Todd is a shareholder and member of the firm’s Estate Planning & Elder, Real Estate and Business & … Continued

The diagnosis of Alzheimer’s disease can be heartbreaking for both the person afflicted with the illness and their family members. Alzheimer’s, a common form of dementia, is a brain disorder that seriously affects one’s ability to carry out daily activities. Today, 5.4 million Americans are living with it.

Alzheimer’s disease begins slowly. The most common early symptom of the disease is difficulty remembering newly learned information, because changes usually begin in the part of the brain that affects learning. Over time, the symptoms progressively worsen, and include disorientation; mood and behavior changes; deepening confusion about events, time, and place; unfounded suspicions about family, friends, and professional caregivers; increasingly serious memory loss; and behavior changes, including wandering away from home and difficulty speaking, swallowing, and walking.

Eventually the person will require total care. This can cause great stress on family members and loved ones.

Signs of Alzheimer’s disease may be more apparent to friends and family members because people afflicted may have difficulty recognizing that they have a problem. If one suspects a loved one is experiencing Alzheimer’s-like symptoms, it is imperative to have the loved one see a physician as soon as possible.

A diagnosis of Alzheimer’s disease puts a person and his family in a position where they face special legal and financial issues. Alzheimer’s planning includes medical and nursing care, housing options, financial management, estate planning, and asset protection, which may include Medicaid planning. All too often, individuals will hesitate making important decisions because of the slow progression of the disease. This is a mistake, because any delay can prevent that individual’s meaningful input while their cognitive impairments deteriorate.

Early detection of Alzheimer’s disease makes a difference both for the person living with the disease and the caregiver. Early detection enables an individual to:

If a person is diagnosed with early-stage Alzheimer’s disease, they will often have the legal capacity to execute the necessary legal documents to ensure that their wishes are followed. As such, an attorney that specializes in estate planning and elder law should be retained immediately. At a minimum, the legal documents that need to be put in place include:

It is also critical to discuss long-term-care financing options, which may include Medicaid planning, with the attorney.

In the event that the person can no longer make his or her own health or financial decisions and does not have a valid health care proxy and durable power of attorney, a guardian and/or conservator must be appointed by a court to make decisions. Anyone can petition the court to be a guardian or conservator, and the judge ultimately makes the decision as to who is appointed. The guardian and/or conservator has the legal authority to make decisions regarding the person’s care and finances. This is an expensive, time-consuming, and public process, which may be eliminated by having a health care proxy and durable power of attorney in place, which names the person that you want to serve.

Alzheimer’s is not only a financial drain to those afflicted, but to our nation’s economy. In 2012, the direct costs to American society of caring for those with Alzheimer’s will reach an estimated $200 billion, including $140 billion in costs to Medicare and Medicaid. The average per-person Medicare costs for those with Alzheimer’s and other dementias are three times higher than for those without these conditions. Medicaid spending is 19 times higher. Unless something is done, the costs of Alzheimer’s in 2050 are estimated to total $1.1 trillion in today’s dollars. Costs to Medicare and Medicaid will increase nearly 500%.