Driving and Dementia: The Difficult Balance between Personal Independence and Public Safety 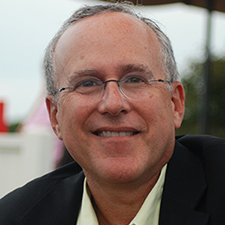 Driving and dementia is a tremendously complicated and emotionally fraught issue for both patients and their families. Although Alzheimer’s disease and other degenerative dementias result in the progressive impairment of the cognitive skills necessary for safe driving and ultimately require driving retirement, there is great individual variability in how and when these disorders affect driving abilities. Some individuals with mild dementia drive safely for some period of time, while others are unsafe to drive soon after the onset of symptoms. The issue is further complicated by loss of insight that accompanies dementia progression, which may prevent an individual with dementia from making objective decisions about when limiting or stopping driving is necessary. For example, one study at Brown Medical School found that self-reports of driving performance in persons with even very mild dementia are highly inaccurate when compared to a formal on-road driving evaluation, potentially due to poor awareness and insight.

Deciding when an individual with dementia must reduce or stop driving can be one of the most stressful issues faced by individuals with dementia and their family members, often described as a struggle with the balance of personal independence and public safety. Driving allows individuals to independently stay engaged and connected to friends and family, enjoy an active lifestyle, and spontaneously meet their daily needs. In fact, today it appears that many baby boomers who are entering retirement are more active than previous generations. For many, however, driving is not merely a means of transportation, but, rather, a major aspect of overall independence, autonomy, and freedom. Therefore, as might be expected, driving cessation is associated with a reduction in out-of-the home activity for the retired driver and can cause depression, feelings of isolation, and loneliness. Driving cessation is considered by many to be one of the most significant and deeply personal losses they will face.

Persons with dementia and their family members may look to professionals for advice about driving safety. Due to the lack of routine screening or other mechanisms for detecting poor driving in older persons with cognitive impairment in Departments of Motor Vehicles, physicians and other health care professionals are often expected to be the ones to make recommendations to patients and their families about driving cessation. However, physicians often feel that they do not have adequate guidelines or assessments that they can use in the office to determine when patients are unsafe to drive. Additionally, physicians are concerned about harming the relationship with their patients and damaging the sense of trust, and may worry about the legal liability of their recommendations. While some physician guidelines advocate referring patients for a formal driving evaluation, physicians may be hesitant to recommend on-road driving assessments because they are expensive (~$500), not readily available outside of urban areas, and not covered by Medicare. Additionally, the progressive nature of dementia necessitates frequent re-testing, further reducing feasibility.

Ultimately, it is the family members who assume the primary responsibility for recognizing and addressing unsafe driving in their loved ones. However, they are left to face this daunting responsibility with few resources to assist them on how to initiate conversations, make decisions about driving cessation, and ultimately enforce these decisions. There are several important issues that may prevent family caregivers from actively guiding the transition of their loved one from driver to passenger. These include: fear of angry or agitated responses from the driver; feelings of guilt and discomfort in taking away independence from their loved one; anxiety about how transportation needs will be met (especially true for many older female caregivers who traditionally let their spouse do the driving); lack of knowledge about how to determine when driving safety is compromised; and lack of support from other family members in initiating conversations or taking action.

Over the past few years, I have had the great fortune of collaborating with experts in the area of driving and dementia at the Massachusetts Institute of Technology AgeLab and The Hartford Corporate Gerontology Program. One of our major projects involved the development and evaluation of a four-week, two-hour per week, educational/support group intervention for caregivers of individuals with dementia who are still driving. The research team included: Drs. Lisa D’Ambrosio and Joseph Coughlin from the MIT AgeLab; Maureen Mohyde and Beth Tracton-Bishop from the Hartford Financial Services Group Corporate Gerontology Program; and members of my staff here at the Boston University School of Medicine Alzheimer’s Disease Clinical and Research Program, including Stacy Carruth, Jennifer C. Hunter, and Daniel H. Daneshvar. The project was tremendously successful, thanks, in large part to the many caregivers across Greater Boston and Cape Cod who volunteered to participate in the research study, as well as numerous service providers across the region who assisted in spreading the word about the study. Special thanks go to the Massachusetts Chapter of the Alzheimer’s Association for their assistance.

Results of an evaluation of the effectiveness of the intervention indicated that, overall, caregivers who participated in the group made significant gains on key outcome variables measuring self-efficacy, communication, and preparedness to make changes. Specifically, compared with caregivers who received either written materials alone, or routine standard of care (i.e., were not provided with specific information about driving and dementia), the caregivers who participated in the four-week group intervention:

I will be presenting the results of this study and describing the intervention in Chicago this July at the International Conference on Alzheimer’s Disease. In the meantime, the results of the project have been incorporated into a revised edition of the widely distributed booklet, entitled, At the Crossroads: Family Conversations about Alzheimer’s Disease, Dementia & Driving (available free of charge from www.thehartford.com/alzheimers). I highly recommend this free publication to all families currently dealing with this difficult issue or who may have to deal with the issue in the future. In addition, a modified kit of all the materials used in the group intervention is available for support group leaders and other facilitators working with dementia caregivers facing the driving decision. The kit, entitled, At the Crossroads: The Support Group Leaders Kit on Alzheimer’s Disease, Dementia and Driving, is also produced and distributed free of charge by The Hartford Financial Services Group (available for order through www.thehartford.com/alzheimers).

Although driving cessation for individuals with dementia is such a difficult and emotional issue for everyone involved, there are several resources available that can help, such as At the Crossroads. In addition, the local chapter of the Alzheimer’s Association offers wonderful guidance as well as support groups for dementia caregivers and for early stage dementia patients. For people, interested in having an on-road driving evaluation, one excellent resource is the DriveWise Program at the Beth Israel Deaconess Medical Center. My group here at the Alzheimer’s Disease Clinical and Research Program (ADCRP) at BU School of Medicine and Boston Medical Center can also conduct office-based clinical evaluations of the cognitive skills necessary for safe driving. The important thing to remember for those dealing with this difficult issue is that you are not alone.