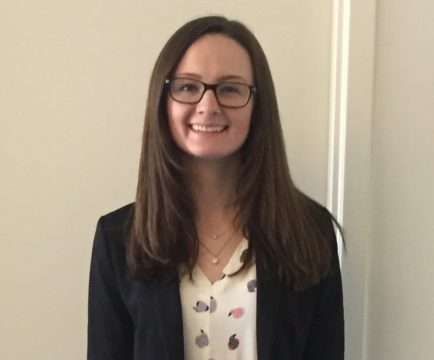 Sarah knew she wanted a career working on senior-related issues when she served on the wait staff at an assisted living community during high school. She loved going to work each day, connecting with the residents and hearing their life stories. She also saw firsthand the benefits of supportive living for older seniors that promoted … Continued

Brigham and Women’s Hospital of Boston, MA has launched a groundbreaking clinical trial that will test a new nasal vaccine. The intention is to prevent and slow the progression of Alzheimer’s disease.

The first of its kind, this vaccine trial has gained worldwide attention as there is currently no cure for Alzheimer’s disease. At this time there are only drug and non-drug treatments that may help with cognitive and behavioral symptoms of Alzheimer’s and related dementia.

The intranasal vaccine, which uses the immune modulator Protollin, is founded on two decades of research from Brigham and Women’s. Ideally, the vaccine will stimulate the immune system. In addition it will help clear beta amyloid plaques, one of the main indicators of Alzheimer’s.

The primary objective of Phase I trials is to determine the safety and tolerability of the vaccine. In addition, it will measure the effect of the participants’ immune response. The study will enroll 16 participants age 60-85 who have early, symptoms of Alzheimer’s. If successful, this can be administered early to people at risk of Alzheimer’s.

While there is currently no cure for Alzheimer’s disease, researchers have overwhelmingly concluded that diet, exercise, cognitive stimulation and maintaining social connection have extremely beneficial effects for those with Alzheimer’s. In addition it has protective powers to help prevent the onset of the disease.

The Alzheimer’s Association also advocates that we make brain healthy life choices, pointing to several simple steps you can take to help keep your brain healthier as you age like physical activity, social opportunities and a brain healthy diet.