Thoughts on My Grandfather’s Undiagnosed Dementia 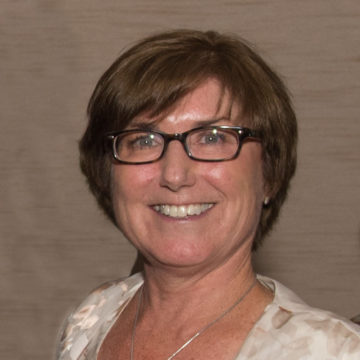 Lee Larkin’s career has focused on educating the public on all sorts of issues from her stint in radio news, to teaching government officials about the Massachusetts conflict of interest law, to launching a public education campaign to promote the local fishing industry. In her current role as Senior Brand Strategist for Senior Living … Continued

I think my grandfather had Alzheimer’s disease. At the very least I assume it was advanced dementia. But he died in 1989 long before people even talked about Alzheimer’s, before we knew what symptoms to look for, before we understood how to help someone with memory loss deal with their anxiety. I grieved for him then and I grieve for him now because my family didn’t know how to help him or even how to appropriately communicate with him. He never had a diagnosis and he never received treatment. I think we could have made his last few years more bearable.

Pop was a wonderful grandfather. I grew up right next door. Pop and Nana’s house was always open, the candy jar always full, bright smiles always at the ready every single time we walked in their door – which was often. Every morning Pop drove my siblings and me to school, pampering us with a warmed-up car on cold winter mornings. He could sing Ave Maria and Silent Night so beautifully that hearing the songs today still brings tears to my eyes. I love the smell of cigars because of him. He was kind and gentle but had strong convictions that you couldn’t shake. He taught us how to feed apples to horses. He let us swing out in a wide arc over the local pond on a Tarzan rope we discovered. He served us breakfast and beat us at cribbage for two glorious weeks every summer at his beach cottage. There are so many happy memories.

And then there was the end when he was so ridden with anxiety that he couldn’t sit still. He harped on the same thing over and over again. I now know the term for that is “perseverate” and that it’s incredibly common among people suffering from Alzheimer’s. At the time we dismissed his fears rather than allaying them or “redirecting” him to some other safer topic. We weren’t as patient with him as I like to think we would be now, knowing that he wasn’t in control, he couldn’t just snap out of it.

My grandmother used to tell him he was driving her crazy (which of course he was) and she told the rest of us she was ready to divorce him after 55 happy years. She was only half-joking. I now realize that as the primary caretaker, she could have used more actual support, rather than the knowing slightly-embarrassed smiles we returned.

Pop had Alzheimer’s disease 25 years too early. With new understanding, actual treatment plans, much better supportive living situations than nursing homes, and plenty of readily available advice about how to handle someone with Alzheimer’s, my family would be in a much better position today to help him navigate the disease.