Clearing Up the Confusion: The Role of Fat in the Healthy Mediterranean Diet 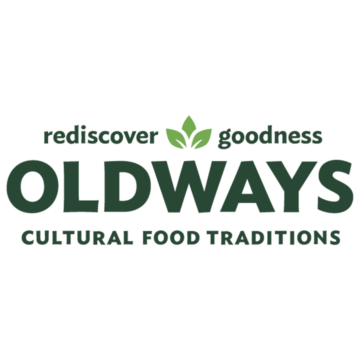 Traditional Mediterranean cooks are experts at wielding the flavor-enhancing qualities of olive oil, and they also have some of the lowest instances of chronic disease and obesity. How can a diet so delicious with such a strong presence of oil be so healthy? Did our Mediterranean neighbors understand some culinary paradox that we have yet to figure out? Although it is still widely feared that high fat diets could lead to weight gain, modern research shows that higher fat Mediterranean style diets can actually be a helpful tool for weight loss.

In a study published in the American Journal of Medicine, researchers reviewed data from 5 randomized controlled trials (one of the strongest types of research studies) encompassing a total of 998 participants. In each of the studies, overweight and obese adults were assigned to either a Mediterranean diet or another diet (low fat, low carbohydrate, or American Diabetes Association diets) for at least a year. Those in the Mediterranean diet groups lost between 9-22 pounds, in line with the results from the low carbohydrate or the American Diabetes Association diet. However, those in the low-fat group lost signiﬁcantly less weight, between 6-11 pounds total. Participants with type 2 diabetes also saw better improvements in blood sugar control on the Mediterranean diet than in other diets.

Fat is an essential nutrient that supports cell growth, helps produce hormones, and protects the organs, and our bodies need a baseline amount of fat to properly function. Having a little bit of fat with our meals can help us better absorb the fat-soluble vitamins (vitamins A, D, E, and K) in foods, can reduce the glycemic response of a meal, meaning our blood sugar won’t spike as much, and can also contribute to satiety, so we aren’t immediately hungry again.

According to cookbook author Samin Nosrat, “Fat is essential for achieving the full spectrum of flavors and textures of good cooking.” This may explain why a balanced diet with healthy fats, like that found in the popular Mediterranean diet, is easier to stick with in the long-term than extremely restrictive fad diets that limit fat or other food groups. As Dr. Antonia Trichopoulou, the “mother of the Mediterranean diet” is fond of saying, “olive oil is what makes the vegetables go down.”

A smarter dietary approach is to focus on overall diet quality, and let the numbers fall where they may. In a 2020 study of 37,233 US adults published in JAMA Internal Medicine, neither low-carb/high-fat nor low-fat/high-carb diets were linked with death. However, when looking at the difference between healthy and unhealthy diets, the healthy low-carb/high-fat and healthy low-fat/high-carb diets were both linked with lower risk of mortality over the study period. This indicates that the amount of fat is less important than the quality of fat in the diet. Similarly, in a 2018 review, nutrition scientists of widely varying perspectives detailed evidence supporting both low-fat/high-carb and low-carb/high-fat diets, as well as points of consensus they could agree on. One of the key points of agreement they came to was that diet quality (the type of fat) is much more important than the amount of fat in the diet.

Many people fear eating higher fat foods, because higher fat foods tend to have more calories. (One gram of fat has about 9 calories, compared with only 4 calories for one gram of carbohydrate or protein.) However, in reality, weight gain can be caused by an excess of calories from any type of food. It is total diet that matters – what we eat over time.

Fat sources aside, one of the major benefits of the Mediterranean diet is that it emphasizes wholesome foods (like vegetables, fruits, whole grains, pulses, nuts, seeds, and olive oil), which may help your body burn more calories without eating less or exercising more.

For example, a 2016 study in the American Journal of Clinical Nutrition found that, compared to diets without beans, diets with one 0.5-0.75 cup serving of beans, peas, lentils, or chickpeas per day resulted in a 0.74 pound weight loss, even without cutting calories. In another study published in February 2017, scientists assigned 81 healthy adults in Boston to diets with either whole grains or reﬁned grains for 6 weeks, keeping all other foods and nutrients consistent between the groups. Although the diets were designed for people to maintain their same body weight, the resting metabolic rate (how many calories your body burns at rest) became signiﬁcantly higher (by 43 calories) in the whole grain group. In fact, the whole grain group signiﬁcantly improved their metabolism over the 6-week study compared with the reﬁned grains group, burning 92 more calories per day.

Healthy eating does not have to mean tracking macros, counting calories, or bringing a calculator to the dinner table. By using the flavorful cuisines of the Mediterranean diet as your guide, it is easy to focus on quality over quantity and achieve a balanced diet that supports a healthy weight.